Recently a blog post offering a few tips about do's and don'ts of memory cards became very popular on the Internet. Shared by several portals and numerous photography fans around the globe. It appeared to be something written by someone who knows what he's writing about. Problem is, it was actually a list of meaningless suggestions including one that could cause damage to your camera!

I simply had to write this article in reply. Mildly put, I was angry after seeing all the portals sharing this nonsense. Why on earth would they do that? Well, I checked and it turned out that the author is the former Director of Marketing of one of the largest memory card brands. How cool is that, huh? 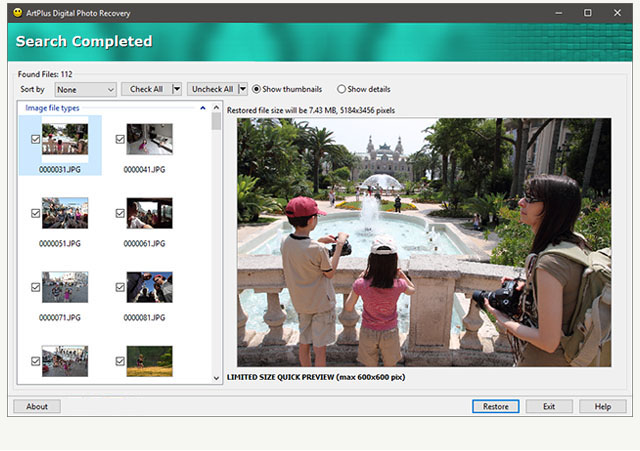 Unfortunately, the article looks as if it was written by some third world ghost writer with the sole purpose of being used as a cheap traffic generator for the blog, to make a few bucks through affiliate links added at the bottom.

Oh goodie, here we go! Yet another tips page on the Internet was born!

Anyway, most of the "information" there was benign. Some tips are actually good, just not for the reasons the author offered as explanation. Some were simply wrong, and one is so bad that it could actually cause the damage, not only to your card, but also to your camera. That's really the part that triggered my response, but now that I'm here, I'll explain the good ones as well, since the author clearly failed.

Here are the tips in order of appearance in the famous article:

#1. "DO NOT erase images from your memory card in your camera!"

This is a valid tip, but NOT because "deleting individual images from the card using your camera is a great way to scramble the FAT Table", as the author explained.

While "scrambling the FAT Table", does indeed have some effect, it's not nearly as important on memory cards as it would be on your hard drive. You'll rarely notice the speed difference that this will cause, and there will be no permanent damage to the card.

Also, the full tip should advise you not to delete individual images from your card at all, be it in your camera or in the card reader, it's all the same! You shoud format the card instead.

Anyway, the most important reason for following this advice is simply to avoid good old HUMAN ERROR! It's known that people tend to delete some images by mistake more often this way!

Also, people tend to continue using the same card after deleting a few images which is usually fine... As long as they don't realize they deleted some images they intended to keep!

Namely, even if you delete some image by mistake, it is usually still easily recoverable using inexpensive tools. In most cases a piece of software will do the trick. BUT... But, if you continue using the card after deleting some images, the same memory location is likely to be overwritten by new data and recovery will no longer be possible.

#2. "Format your memory cards in your camera, not on your computer."

This one is... not that simple. Formatting the card in a camera is a safe bet if you don't know and don't want to know how the process works. That's fine. Most people don't need to know. Heck, many people use point and shoot camera on automatic settings. Nothing bad about that, but that doesn't mean they should never try playing with other camera settings, as if they're bad or something. Yes, they're bad if you don't know how to use them, but they're a valid option for those that do!

It's similar with formatting. If you know what you're doing, it can sometimes be practical for you to format the card in your PC, and there's usually nothing really bad about the idea!

I did say it's not that simple though!

There are cameras that need some extra data stored on the card to function properly! For instance, some Fujifilm and Olympus cameras store essential data on xD cards, and if it's missing, some of the camera's functionality can't be used! It's a bad idea to format such cards on your PC!

Also, if you're formatting the card on a PC, you must know which format to choose! Most of the cards in use today work with FAT32 and exFAT. Some older ones use FAT16 or even FAT12. You should know which format is the best for your camera and your card.

All cameras today support FAT32, and it's the best bet for most of the cards smaller than 32GB. Modern large cards use exFAT. Also exFAT is a must if you plan to record long videos, as FAT32 doesn't support individual files larger than 4GB. FAT16 and FAT12 are most likely a thing of the past, used only on small cards and cameras older than 10 years.

Having said that, you need to know your camera and your card. What works for others may not work for you. There is no single recipe for all!

So again. Not a bad tip, as it can't do any harm, but the explanation sucks.

There are NO technological advantages in formatting your card in the camera. It's just that the camera is less likely going to allow you to mess things up. But that's preventing HUMAN ERROR again. Except in the case of cameras that clearly warn against formatting the card outside the camera in the user manual.

#3. "It is a good idea to format your cards after each shoot"

Okay, so this is simply a good tip. No argument there.

What the author says about "keeping the card clean" is a non technical form of explaining the basic truth. I'd just add that it's a good idea to occasionally use a low level formatting or full formatting (as opposed to quick format). This will not help your card's performance much, but will help with recovery should you some day end up deleting some images by mistake. Oh, BTW, low level formatting completely erases the card content. Meaning, if you realize you deleted some important pics without backing them up first, you're toast! Unlike regular formatting which just erases the file allocation table, low level erases all the data on the card. Recovery is no longer possible! Make sure you copied all needed images from the card before initiating this procedure!

Anyway, I'd modify this tip to say, format your cards before each shoot!

If nothing else, a good reader is better and usually faster. You're more likely to get some error while reading from the card using a cheap reader, and you can interpret this as "card corruption". If you're lucky "corruption" is actually just a connectivity issue, not the actual logic failure. Changing the reader, checking the USB cable or cleaning the connector pins may solve the problem. Unlike the author, I never really heard of a card being fried by the reader, but I guess there may be a theoretical possibility for something like that to happen.

Uh? The comparison to hard drives, offered by the author, is meaningless here. It's an entirely different logic and medium. A full hard drive can be a problem due to fragmentation or the fact that Windows is using a hard drive to store virtual memory. Without even trying to explain the details, it's enough to say this has nothing to do with memory cards! Fill them up as much as you wish and they'll perform to the last bit just as well as when they were clean. Any eventual loss of performance is negligible, and you will not "break the card" if you fill it to the top.

Some people on the Internet claim that is there's not enough space left on the card, the camera will write all over the place and will corrupt the existing data... Nonsense!

A full card can cause only one problem. You may miss an important shot if at some moment the camera starts screaming with 'card full' error instead of taking pics!

#6. "Don't pull a memory card out of your camera or card reader when data is being written or read."

#7. There's a tip about cameras that have two card slots, which is more of a personal preference and not a general tip for all camera users, so I'll skip it.

Well... Depends what you call a "brand". The truth is, the same "unknown" factories in China are producing most of the "brand" name cards anyway.

Brands do have a bit better quality control, so you're less likely to buy a faulty one to start with, but if it works the first time you insert it into the camera, it'll likely perform well in years to come, and for a fraction of the price. If it's a dud, just return it and get another one.

That said, if you can afford it, go for the brand name, if nothing for the peace of mind. If you can't, just buy what you can. Absolute safety though, doesn't exist! Just keep in mind that any card can fail!

And finally, we came to the really dangerous tip!

I'll give you the full quote about, what the author calls, "Memory Card Misconception: You must keep your cards in covers"

Here's what he wrote:

"I hate to tell you this folks, but I have my cards loose in my bags all the time. I do not use the little jewel cases that come with the cards. I do use the ThinkTank Pixel PocketRockets, but also have countless cards thrown in my bags. This has never been an issue."

Depending on the card type, the card contacts may get greasy or damaged. This goes for xD, SD, SM or similar cards that have their contacts uncovered! If they get dirty or scratched, you'll experience all types of connectivity failures, and will eventually get dirt or damage the contacts within the camera or the reader! Also, there is a static charge problem that may damage the card or the data!

You may think CF is safer. Not really! First, dirt CAN enter the CF card too. Less likely, true, but unlike SD, there's no way to clean it! And finally, if that dirt is a piece of hard material, like sand, for instance, the CF card slot can get clogged and if you try to force it into the camera you may end up with a twisted (if you're lucky) or broken camera connector pin!

DO keep your cards protected!


So who am I to write about this?

I'm a photography enthusiast who happens to be former publisher or Editor-in-Chief of several IT magazines (BYTE Croatia, McGraw-Hill licensee, ComputerWorld Croatia, IDG Licensee, to name some you may have heard of...), and last but not least, I was also a part of the team that created ArtPlus Digital Photo Recovery (https://artplussoftware.com/dpr).

Look at me... I'm adding links to the end of my post, just like the other guy did!

Okay, but I'm not going to sell you anything. At least not today. Here's a gift code for you! Just enter "Do's and Don'ts" into a giftcode field (you'll see it on the program page) and you'll get the program FREE of charge! Yep, not a discount! No affiliate links! Simply free! No registration or anything!

Now go out and take some nice pics! Good luck with your memory cards too!